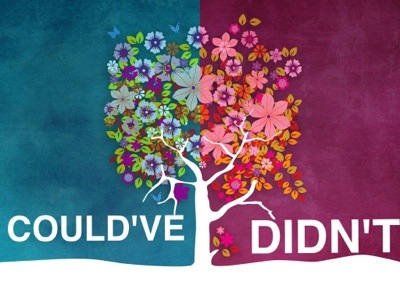 The year is almost half-way through. Hard to believe some days. Retailers have already put out mid-way to Christmas flyer advertisements. As an Albertan, I don’t really want to think about Christmas during the very short time that we are free from freezing cold temperatures and the white stuff.

Something else I didn’t want to think about, but can’t avoid is the personal mid-year review. If you wrote New Year’s resolutions (NYR) back in January, this is the time to do a bit of self-inventory if you haven’t already given up.

I didn’t make any NYR because I knew that I would likely fail at even remembering them, so I decided instead to do the One Word focus for 2014. The “one word” I chose was “Blessing”. I have had an amazingly spiritual time focusing on the word and seeing how it plays out in my life.

Even if you didn’t make any goals for your life this year, don’t be afraid to stop and take inventory of how your year has been going so far.

Was there something you had wished to do this year? It doesn’t have to be a major life changing goal, it can actually be as simple as a wish that you’d like to make come true such as: taking a weekend trip to Las Vegas, having a weekend getaway without your kids, joining a bible study group, building a new deck, growing a garden, etc.

This week I quit my job. I enjoyed my job, but the drama llama’s at work were causing my enjoyable job to no longer be worth the frustration and emotional toll that it was taking on me.  As a few of my professional peers (not my co-workers) had told me, when the only thing an aging woman has in her life is a job she doesn’t enjoy, she is more likely to be a gossiper, a trouble maker, and underachiever and unnecessarily competitive with other women who do have a life outside of work. I believe this 100%.

It’s not too late now. I encourage you to take some time to rest and think of some things you’d like to do. Again, they don’t have to be major life changing goals. The year is half-way through and I’d hate to hear that another year passed without you having let a few of your wishes come true. Let’s not ring-in the New Year in 2015 with a long list of: shoulda’, coulda’, woulda’ but didn’t!