I haven’t written a blog post since February 2022 and before that I had only posted sporadically during the pandemic. I had so much that I wanted to write about, but during that time the world was extra sensitive. I wasn’t interested in posting something that meant a lot to me, but might upset readers.

Where I live, the majority of pandemic restrictions and mandates were lifted on March 01, 2022. It was a long 2 years, but I can’t complain too much. I hadn’t gotten sick during that time and I didn’t experience the economic hardship that so many people had to live through.

Now that we are almost back to “normal”, I’ve had enough time to reflect on the things that I cherished the most during those two years. It wasn’t difficult to decide: I cherished my home the most.

Once the pandemic mandates were lifted and we were once again permitted to go where ever we wanted I still enjoyed coming home. I also realized there were many things I hoped wouldn’t return to “normal”, number one being potlucks. There is nothing I dislike more than potlucks. But sure enough, we weren’t even 2 weeks into enjoying the lifted restrictions and people were already sending invites for potlucks.

I had hoped that we would carry on checking in on people to make sure they are doing alright and asking “do you need anything” and following through with their request. I hoped that virtual meetings and working from home would still remain options for workers.

Now that pandemic mandates and restrictions have been lifted in most places, don’t let the lessons you’ve learned, the self-discovery, and any revelations you had during those two years be forgotten.

The pandemic is over, but you’re certainly don’t view or experience the world the same way you did 2 years ago.
“There is a time for everything, and a season for every activity under the heavens…” Ecclesiastes 3:1

I recently started re-reading the book “Let Your Life Speak” by parker J. Palmer. I’m still only in the first chapter, but I’ve had to stop multiple and meditate on what I’m taking in.

What’s resonating with me within the context of getting used to living life in the middle of a pandemic that doesn’t seem to be slowing it’s spread of a potentially deadly virus is a line from the opening chapter, “Ask me whether what I have done is my life.” It is from the poem ASK Me by William Stafford.

The past four months of isolation, social isolation, and more spare time that I ever cared to have has help me with doing a lot of soul searching. If and when this pandemic is over we’ll all be facing a future that is significantly different. A number of restaurants and eateries have closed, some of our favourite clothing and department stores have shut down for good, people are still working from home, and many people have ended up unemployed as a result of the COVID-19 pandemic’s effects on businesses.

If your job, material goods, and your leisure activities defined you – who are you once those things are no longer available?

Isolation, quarantine, social distancing, and endless online meetings have revealed our weaknesses and our strengths. The rapid changes that have taken place are an opportunity to re-evaluate one’s life.

Some simple questions to ask one’s self:

-What have I missed the most?

-What have I missed the least?

-What are some new ways of doing things that I enjoy or like?

-What are some old ways of doing things that I hope we don’t return to?

-What are some new skills I’ve learned over the past few months?

-What has my outlook been like? Hopeful, anxious, confused, grief-filled, resistant, disbelieving, etc.

If you haven’t taken some quiet time for internal reflection during this COVID-19 pandemic, I encourage you to do so. It’s not a time to beat yourself up or make extreme unattainable goals; it’s simply a time to reflect on what you’ve been feeling, thinking, and doing during these times of instability and rapid changes.

Whatever your reflections reveal, remember to be kind and gentle with yourself. 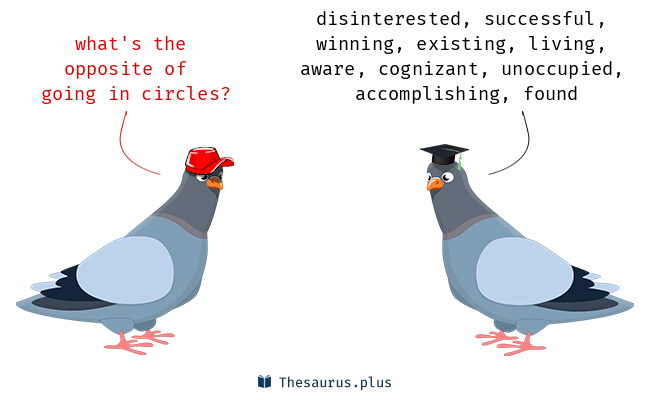 I was in a planning meeting where we were working on developing a tool for women who might feel isolated or lack community during their pregnancy and postpartum period. A common theme and belief that kept being repeated during the brain storming session was that women know what’s best for themselves and they are experts in their own lives. I had to disagree.

I reminded everyone in attendance that if these women were indeed experts, they wouldn’t be needing help because they wouldn’t have found themselves in these situations that required government help. An expert is defined as “One with the special skill or knowledge representing mastery of a particular subject; b) having, involving, or displaying special skill or knowledge derived from training or experience.” (Websters-Merriam Dictionary)

The reason I believe we can’t ever become “experts” of our own life is because of a simple fact, we don’t know what we don’t know. As someone who has worked with numerous women and others who are in emergency situations I have never believed that we should expect people to know exactly what they need. In the midst of situations that will eventually become traumatic, it is unrealistic to expect a person to be an expert while their life feels like it’s spiraling out of control, or in danger. That is why we as workers, friends, and family are there to be of help to those in need.

Failed expectations often lead to shame, embarrassment, isolation, and sometimes mood disorders. We can manage our lives as best as we can, but that never guarantees that occurrences outside of our control won’t happen and that we won’t be in a place where we won’t know what to do and seek assistance and advice.

There are a variety of reasons why people aren’t so called experts of their lives: PTSD, mood disorders, sleep deprivation, lack of self-awareness, being manipulated, effects of domestic violence, medical issues, and simply being human.

If you are an expert of your life, this can lead to not being open to growth and learning. Learning more about yourself, your environment, and others. It’s easy to see yourself one way while others might see you a different way. We can learn self-reflection, self-awareness, and healthy self-critique; but it is unlikely that you will ever become an expert on yourself.

Instead of being an expert, embrace being a learner with periods of thankfulness for the experiences of growth and transformation. We can plan for the future, but if we aren’t flexible and resilient, we will always be disappointed. Allow yourself to change directions and welcome new experiences. An expert is rarely on a journey because they know everything already and are often there to tell the world what they know rather than what they are learning. Experts spend plenty of time talking about the past and less on the future of open possibilities.

Let’s leave being an expert to things that are external to our self and instead, let’s be journeyers in our own lives.