This is my week 2 post for Write31Days. I’ve been thinking and writing everyday about how we can apply the teachings of St. Paul to working in the inner city and with the marginalized. I haven’t posted my weekday writing as I intended to do. I’m not sure why, but I started to find that I was writing at a deeply personal level about some of my internal struggles with grace, forgiveness, and mercy. I decided that it was best to not post those thoughts, but to instead work them out between God and myself. Below is one of my writings that I don’t mind sharing.

But God had special plans for me even before I was born. So he chose me through his grace. It pleased him to let me see and know his Son so that I could tell the Good News about him to the non-Jewish people.”

Paul was a changed man. He went from ordering people to be killed to being someone on a mission to save people with the good news of Christ. Paul’s extreme transformation shows that people can be transformed.

Christians often forget that many of the characters in the bible that we are called to look up to had evil ways, including cold blooded murder. Two of the most well known are King David and Moses. King David was a rapist, murderer, liar, and dishonest man; yet we have labeled him “a man after God’s own heart”. Moses, an ill-tempered man, killed a slave master.

I mention these murders because working in the inner city you meet more convicted and released murderers than you could imagine. There are people who have committed heinous crimes, but you wouldn’t know it. They have changed their ways and as far as anyone knows, they haven’t committed any crimes against others since their release.

I challenge Christians who are uncomfortable with being around people who have committed serious crimes against others. But I challenge them and ask, ‘If you can praise and follow the teachings of people like King David, Moses, and Paul; what makes you so uncomfortable about serving those who have committed the same types of crimes?’. My question often leaves people in an upsetting silence.

I caution people; if you want to help those in the inner city, you must believe that people can change and be transformed. God has used the example of various characters in the bible to show us what can happen if a person genuinely makes the effort to change their emotionally unhealthy and dangerous ways.

This doesn’t mean that you blindly trust people, not at all, discernment is necessary when working with people who have criminal backgrounds; but you must believe that change is possible. If you don’t believe that people can be transformed, you are setting these individuals up for failure. Hope is mandatory in this field.

There are Christians who are adamant that murderers should be given the death penalty; that’s their choice to believe so, but again, if you don’t believe these people should be released, then it is best not to serve in the inner city. I always ask, ‘How can you serve people with love when you believe they should be dead at worst, and incarcerated at best?’

I remind people that you don’t know the circumstances behind people’s crimes. There is never an excuse for assault, murder, torture, or any physical harm, but if our legal system allows these individuals to be free, we have to treat them with humanity. It’s not always easy to do so knowing what they have done in their past, but they deserve to be treated with decency. These individuals have paid the consequences for their crimes and although we may not agree with them being released, we need to remember that as Christians we cannot mistreat them simply because they have mistreated others; this is not how Christ modeled servant hood. In the gospel, no one was transformed by being mistreated, however, people were certainly changed for the better by receiving tangible actions of love from the hands of those who God has called to serve. 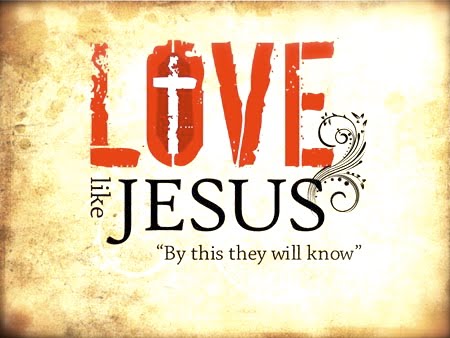 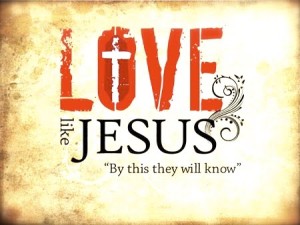 This is day 3 from my series as a participant in Write 31 Days (www.write31days.com). Everyday in October I will be writing about lessons I’ve learned, theological reflections, and observations inspired by the letters of St.Paul/Apostle Paul based on my work in the inner city. I will only post an email once a week on Sundays, however the other entries can be found on my home page by clicking the menu header Write 31 Days. Please feel free to read them. These entries won’t be long, in depth or academic. They are intended to be read like a short devotional.

Through out this series I want to take the words and teachings of Paul and see how we can apply them to how we serve and live among those who are in poverty, those who are low-income and those who struggle with making ends meet.

“For you we are in danger of death all the time.
People think we are worth no more than sheep to be killed.”

But in all these troubles we have complete victory through God, who has shown his love for us. Yes, I am sure that nothing can separate us from God’s love—not death, life, angels, or ruling spirits. I am sure that nothing now, nothing in the future, no powers, nothing above us or nothing below us—nothing in the whole created world—will ever be able to separate us from the love God has shown us in Christ Jesus our Lord.”

I wish I could shout loud enough for people around the world to hear this, “GOD LOVES POOR PEOPLE!”. Not just poor people, but those who are homeless, those who are drunk on a street corner, those who are living on the streets because they can’t conquer the issues that keep them addicted to drugs, he loves those who people avoid while walking down the street. He loves the lady who seems to always be having conversations with people that only she can see. He loves the angry man who keeps warning us about the government’s plan to implant chips into our brains and read our minds against our will. Yes, He loves them all.

Paul tells us that nothing in this world or above or below this world can separate us from God’s love. Nothing. What a relief.

It’s easy for people who are homeless and residing on the streets to feel that God doesn’t love them. The life experiences which often lead to substance abuse, mental illness, and trauma are the root causes of these three contributors of poverty. I hear too many Christians who think the answer to poverty is for homeless people to get a job, and for those who live in poverty to get a “better” job. If this were truly the answer, there would be no poor people in North America. When an answer seems too simple, it usually means it’s unrealistic.

I often hear Christians say that people are on the streets as a result of their sins. This is a dangerous belief. We are all sinners, so why is it that we only see people in poverty as being a victim of their sin? How often do we see middle class or rich people as being successful due to sin? There are plenty of rich people who become multi-millionaires as a result of sin, but we don’t point at them as sinners. Instead, we are told to follow their examples and we too can become successful.

I wanted this first post to be about love, because that is the foundation for everything we do. All we do must start with love and be fueled by the love of Christ (see all of 1 Corinthians 13). This is one thing I ask of people who decide they want to “help the poor”; please do it from a place of love. Not pity, not self-righteousness, not peer pressure, and not selfishness; just love.

I look forward to sharing with you the spiritual and theological lessons, reflections, and insights that I have learned about working in the inner city, with the homeless and those who are low-income.