I was thinking about those of us who fail to meet our summer fitness goals. Every year I make a goal and fall short. I’m at the age and stage of my life where I have no desire to stress over my fitness failures. I didn’t run a half marathon one year; another year I didn’t meet my goal of running a 5k every single month during the Spring and Summer; I didn’t’ lose 50 pounds in 5 weeks; and I didn’t stick with whatever latest Beach Body DVD that I had purchased. For me, summer has always been a season of missing the mark.

It all started in elementary and has continued ever since. There were my major summer fitness fails, resulting in zero weight loss and zero increase in fitness level and in some cases a lot of waste money.

In desperation after many diet and weight loss failures in my 20’s I begged doctors for weight loss pills. I was refused. They all used the same spiel about eating more vegetables, exercising, and drinking water; something I didn’t want to hear. I had great success with an over the counter product called Xenadrine. I didn’t lose any weight, instead, I had increased concentration. I was no longer fidgeting during college lectures, my mind no longer felt scattered, I was more organized, and my habit of constantly interrupting people and being hyperactive had decreased. Xenadrine was temporarily taken off of Canadian shelves due to one of it’s ingredients named ephedra. I noticed the difference in my behaviour when I could no longer access the product. My positive experience with Xenical is what finally led to me seeing a doctor and educational psychologist for a diagnosis of ADHD. There were people, including my professors who hinted that I might have ADHD, but at the time I didn’t believe it. Turns out they were correct. In hindsight I’m not sure how I had missed all the classic symptoms of the disorder. Oddly enough, I didn’t lose any weight from taking medication for ADHD. I have no explanation for that seeing as weight loss is one of the side effects. I laugh knowing that I even failed at loosing weight from a stimulant.

My doctor offered what was deemed to be a safer weight loss pill called Xenical. It worked, I lost weight, and I also lost a lot of oily stool from my butt. Yes, leaky, smelly, oily liquid would uncontrollably ooze out of my bottom night and day. I went through numerous underwear and pants that got discarded when even Tide couldn’t help. I lost weight because I eventually became afraid to eat. I was afraid to eat because everything that I consumed turned into the gross oily mess that leaked out of me.

It was after the leaky butt episode that I decided I would never diet again. Out of desperation and frustration I was willing to risk heart problems from prescription weight loss pills, but there was no way I would continue to risk oozing grossness all over me and anything I sat on. No way. 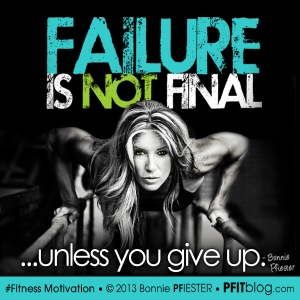 My earlier summer fitness failures taught me that I often make unrealistic and often ridiculous decisions when I become desperate to lose weight or try to become fitter in a short period of time. I also realized I wasted a lot of money trying to lose weight. It’s important to invest money in becoming healthy, it’s worth it, but spending money on things that are made during rash, desperate moments are never a good idea.

Despite repeatedly falling short each Summer I know I’ll keep making health and fitness goals. Despite my failures I continue to make progress with each new goal that I attempt. I keep making progress because I don’t stop. I continue to move forwards by not letting the fact that I continue to fall short become my destiny. Maybe you didn’t do a 10K, can 7k be enough for your right now? So what if you didn’t lose 30 pounds, can 15 be enough for you? You might have planned to eat a cooked breakfast every day, but only seem to average 3 days out of the week. Is this an improvement? Yes, then good job, keep going and 3 days will eventually turn into 5 days. 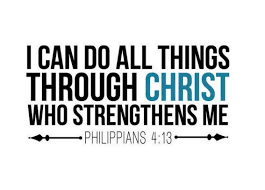 Consider some of your goals that became “failures”. Can you see them in a different light? Are your “failures” a form of progress? Might those “failures” actually be a form of success?

Take some time to think of your failures and find the positive in them. No life experience goes to waste when we learn from them by growing and transforming.